Welcome back everyone. This week I will be traveling back to Walt Disney World for a very busy week of activities. Highlights include the NFFC Florida Convention, The NFFC World Chapter Meeting , The Epcot Thing (Celebrating Epcot Center's 25th Anniversary) and two Mickey's Not So Scary Halloween Party's

NFFC Florida Convention (9/27/07-9/30/07): I will be attending the NFFC Florida Convention and It sounds fantastic this year! Any Epcot Center fan looking to get the most out it's 25th Anniversary should look into attending this 4-day event. The schedule has been released and is available HERE. Please check back next week for a full report and photos from what is sure to be a great convention!

Ron was the original actor who played the Dreamfinder character for the meet and greets in front of the Journey into Imagination attraction when it first opened (for more about Ron please click HERE)! Come join our fellow club members as Ron take us down memory lane on the eve of Epcot Center's 25th Anniversary and share his unique experiences and thoughts on playing Dreamfinder and always being upstaged by a small purple dragon named Figment! For more information on this fun evening please click HERE.

The Epcot Thing (10/1/07): The big day finally arrives as I join Magical Mountain in celebrating the 25th anniversary of Epcot Center at Walt Disney World on October 1st, 2007. We have an entire days worth of events planned including the now famous 'Beverlyfest'! The schedule has been released and is available HERE. It is also available as a PDF Download ' The Epcot Thing" Schedule Booklet' (Requires Adobe Reader). 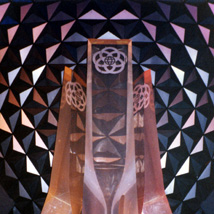 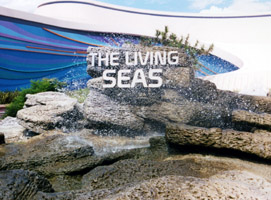 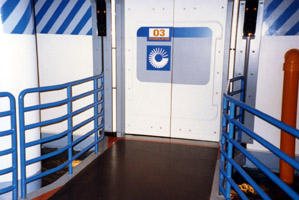 As always, while I am traveling you will still receive the same level of quality service and guaranteed 24 hr shipping you have come to expect from JeffLangeDVD. Please remember, if you want to request a future DVD idea, Photo Memory topic or comment on anything, just drop me a line at suggestions@JeffLangeDVD.com.

Jeff Lange takes you on a trip back in time to celebrate Epcot’s 25th Anniversary. This seventh in a series, features the Future World classics 'Communicore' and 'The Living Seas'.

Join your hostess Julie and and her electronic sidekick I/O for a tour through EPCOT’s Computer Central, the computer hub of EPCOT Center. This exhibit was the feature attraction of Communicore detailing the past, present and future of the computer.

A photo montage of over forty vintage images spanning over two decade of memories. The slideshow features Communicore, Innoventions and The Living Seas including construction photos and current prop locations.

Proceed past vintage undersea diving equipment and embark on a unique elevator ride to the ocean floor via the 'Hydrolator'. Next experience the Caribbean Coral Reef in a 'Seacab' along an underwater tunnel to 'Seabase Alpha' getting an up-close view of the marine life.

Explore Seabase Alpha including a diving demonstration, the manatee exhibit, static displays and the largest man-made underwater environment in the world. After you have explored all of Seabase Alpha take the Hydrolator back to the surface and exit to Future World.

Board a 'Clamobile' and venture into the sea to join Marlin, Dory, and the other memorable characters as they search for Nemo. The ride concludes with the Pixar characters swimming along with real fish inside the Seabase Aquarium. Features full coverage of the exterior, que & load area plus all your favorite ride scenes.

Celebrate Epcot’s 25th Anniversary year after year or experience the magic for the first time by purchasing 'Jeff Lange Remembers Epcot’s Communicore and The Living Seas'.

Hi everyone, I have just returned from another very productive trip to Walt Disney World last week. I was able to attend the very last Pirate & Princess Party of the season and record the special features including the all new floats from Disney's Enchanted Adventures Parade (see below). I also recorded footage for my upcoming Walt Disney World 'Class of 1971' title featuring all the Magic Kingdom opening day attractions as they appear today. 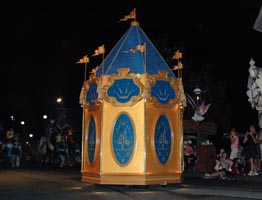 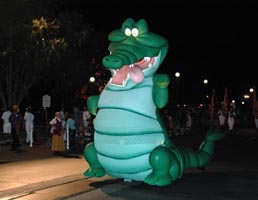 While in Florida I was also able to meet with Ron Schneider (the first and original strolling Dreamfinder & Figment) and plan our event at ' The Epcot Thing' on October 1st. Ron is a great guy with endless stories from Epcot Center & Journey Into Imagination's past! The schedule has been released and it is as follows:

This meet is designed for those who need coffee before our 9 am meet. Join us at Epcot's World Showcase entrace hotel for some joe and to walk with us to Epcot.

To start off "The Epcot Thing" Celebration we begin our day with the official rededication ceremony at the Fountains of Nations Plaza.

11:00 Explore The Wonders of Epcot

Free time. This bit of a break in the day will give everyone the opportunity to go off on their own if they please to eat and explore the wonders of Epcot.

Join Nathan as he tests his gastric skills!!! Watch him attempt to take 25 shots of the infamous Italian drink, Beverly. If we can get 150 people to celebrate with us, Nathan will up the ante to 50 shots!!! This is one meet NOT to be missed!

Meet at Spaceship Earth as we begin our tour of Epcot's Past with Jeff Lange and the original Dreamfinder, Ron Schneider. Join Jeff and Ron as they guide us through the classic Epcot attractions that are still making a big impact on all those who experience them.

Enjoy great English fare with us at Rose & Crown. Be sure to let us know in advance if you plan on attending!!! As of right now, we have ONLY waitlist available. Make sure you send us an email if you are interest just in case someone else can't make it!!

This is a spectacular show held daily at Epcot. Why not see this wonderful presentation with all of the Magical Mountaineers? Make sure to meet us at the Candian Pavillion McDonalds Fry Cart at 8:00 pm sharp so we can all go together to find a great spot.

For the late nighters (immediately following Illuminations) For all you night owls, join us at the Adventurer's Club for some fun and "winding down" time. You may even be picked to be part of the show! 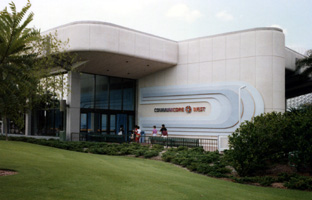 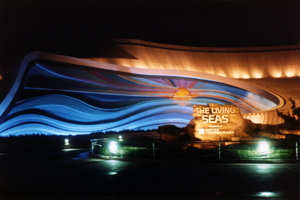 Disneyana fans already know that JeffLangeDVD's series of theme park DVDs offer a high quality look back at memorable Disney events and attractions. But the special collector's editions of Lange's best selling release 'Fantasyland Classics' is sure to be something special.

How so? Well, how many of us after we’ve made a trip to a Disney theme park have wished that we were able to take home a chunk of our favorite attraction? Now, with JeffLangeDVD, you can!

Mr. Lange, has procured Seaweed from the '20,000 Leagues Under the Sea ' lagoon and Bumpers from actual 'Mr. Toad’s Wild Ride' vehicles. 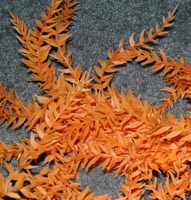 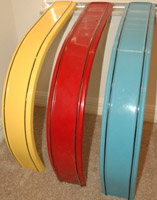 The 20,000 Leagues lagoon seaweed and Mr. Toad's Blue bumper have been cut into 100 pieces each and will be included ONLY in the 100 Collector’s Edition 'Fantasyland Classics' DVDs (featuring a matching Green or Blue cover) being sold now.

To complete the package, Jeff's including a 4x6 color photograph (shown below & suitable for framing) of a genuine 20,000 Leagues Under the Sea Submarine or a 'Mr. Toad’s Wild Ride' Car with each DVD, making this disc something that any 20,000 leagues or Mr.Toad fan would love to own. 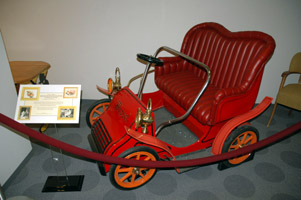 There are only 100 copies of each special Collector’s Edition of ' Jeff Lange Remembers Fantasyland Classics'. And when these discs are gone … They’re gone. So be the first and maybe the only one on your block to own a piece of the 20,000 Leagues or Mr. Toad legacy!

Join Jeff Lange on a trip back to Walt Disney World circa 1991 When it was still possible to take a wild ride with Mr. Toad, join Captain Nemo on a voyage aboard the Nautilus, be startled by the Wicked Witch or soar high above the Magic Kingdom aboard the Skyway.

You start your journey with a photo tour of Fantasyland featuring the Skyway and Mr. Toad interiors. Then it's off for a wild ride on both tracks of the classic Mr. Toad's Wild Ride attraction.

After you recover from your ride, we join Captain Nemo for a voyage that will take us 20,000 Leagues Under the Sea. You experience the anticipation before boarding the Nautilus with full coverage of the exteriors and queue before enjoying a complete ride thru. Upon surfacing you view a photo tour of the attraction featuring never before seen images of the final resting place of the subs.

Next, we're off to experience the original Snow White's Scary Adventure. Remember to beware of the Wicked Witch. Then we board Pirate galleons on the classic Peter Pan's Flight. Following our flight we take a photo tour of the attractions before setting sail on the Happiest Cruise That Ever Sailed... It's a Small World.

' Jeff Lange Remembers Fantasyland Classics' is a must own DVD for anyone who has never experienced these classic attractions or wants to relive a magical part of Walt Disney World history.