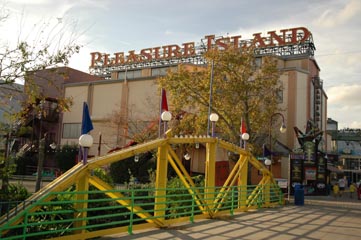 “We are committed to offering guests new and exciting experiences they can only have at Walt Disney World Resort,” said Downtown Disney Vice President Kevin Lansberry. “Our bold new vision for Downtown Disney reflects the feedback we receive from our guests each and every day and will enable us to continue to offer the high-quality entertainment that is our hallmark.”

Over the next year, the 120-acre entertainment-shopping-dining complex will add a number of one-of-a-kind, immersive experiences for guests. Downtown Disney will even get its own iconic attraction, in the form of a giant, tethered balloon that will take guests 300 feet into the air to view the amazing vistas of Walt Disney World Resort. Other new experiences include:

·In fall 2008, guests will enter a world of prehistoric creatures at T-Rex: A Prehistoric Family Adventure. The dinosaur-themed family eatery will serve up pizzas, pastas, seafood and more, and will feature life-size animated dinosaurs that dwell among bubbling geysers, waterfalls and a fossil dig site.

*Also this fall, a design-your-own t-shirt store from Hanes will add to the growing collection of merchandise guests can personalize at Downtown Disney.

Guests also will enjoy a brand new mix of shopping and dining experiences at Pleasure Island as it is transformed over the next two years.

“Our guests tell us they want additional shopping and dining experiences at Downtown Disney,” added Lansberry. “We are currently considering a number of unique concepts from around the globe as we re-imagine Pleasure Island and look forward to sharing our progress over the coming months.”

To make way for the new offerings, all of the clubs currently on Pleasure Island will close on Sept. 27. Other locations on Pleasure Island, including Raglan Road, Fuego by Sosa Cigars, Curl by Sammy Duval, Orlando Harley-Davidson and outdoor food and beverage locations, will remain open during the transition.

To complement these new experiences, many popular Downtown Disney locations will undergo enhancements.

*Beginning this summer, Portobello Yacht Club will be transformed into a Tuscan Country Trattoria. The refreshed menu features authentic Italian dishes and signature favorites and a re-designed interior along with an outdoor dining space.

*This fall, Goofy’s Candy Company will add a special new room that will enable families to host one-of-a-kind birthday parties at Downtown Disney.

*The Marketplace Stage will be completely replaced with a larger, covered stage this fall to welcome even more entertainment to Downtown Disney and serve as a new premier venue for Disney Magic Music Days.

*Next year, Wolfgang Puck Café will update its interior fixtures and furnishings and will feature an enclosed glass patio offering guests a year-round outdoor dining experience.

These efforts come on the heels of recent enhancements at World of Disney, Wolfgang Puck Express, Ghirardelli Soda Fountain and Chocolate Shop, Earl of Sandwich and Cap’n Jack’s Restaurant.

While supplies last we are also including the festival guide pictured above with each order! This is a 24 page full color " Fun in the Sun" guidebook that was given out during this years Epcot International Flower & Garden Festival. It makes an ideal companion to the new DVD and Screensaver!

LAKE BUENA VISTA, Fla. -- A popular July 4th tradition at Walt Disney World Resort will continue this year as star-spangled salutes to America's independence are presented all across the Florida Vacation Kingdom.

Here's some of the fireworks fun scheduled for July 4 this year:

* A Fourth of July "Concert in the Sky" will light up the night at Magic Kingdom in honor of Independence Day. Featuring a magnificent display of aerial fireworks, dazzling pyrotechnic effects and dynamic music, the show, entitled "Disney's Celebrate America!-A Fourth of July Concert in the Sky," is a grand tribute to the United States, its people and traditions. The special show is scheduled for 9 p.m. Magic Kingdom also will feature two performances of the " SpectroMagic" nighttime parade, first at 10:30 p.m. and then again at 12:30 a.m. that same night.

* A holiday-inspired finale will be added to Epcot's nightly fireworks extravaganza, "Illuminations: Reflections of Earth" The park's American Adventure pavilion also will feature enhanced entertainment throughout the day, with visits from historic characters who will share their stories. American Adventure also will feature additional performances of its signature musical group, Voices of Liberty, performing patriotic classics.

* Disney's Hollywood Studios will present a special July 4th fireworks show at 9 p.m., with skyrockets and patriotic music filling the air at the showbiz-themed park. The park's popular "Fantasmic!" show, featuring fireworks, animation, dancing waters and Disney characters, will be presented on July 4 at 10:30 p.m.

* Downtown Disney will present July 4th fireworks at 10:30 p.m. for the revelers, shoppers and diners enjoying the nighttime entertainment district.

Posted by Jeff at 10:33 AM
Categories: Disney News

Thank you for another great response to my second contest with partner site Mousesteps! The winner was Larry Frievalt of Oak Creek WI and he will receive a free Epcot's Flower and Garden Windows Screensaver/Photo CD. Thanks also to everyone who voted in the poll for my upcoming DVDs. It really helped to give me a good idea of what you want to see!

This week I attended the Licensing International Expo during it's final run at the Jacob Javits Center in New York City. I was there to photograph the event for JimHillMedia and wanted to share some of the photos here. 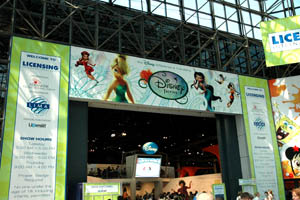 Disney Consumer Products was well represented at the show. This years focus was on High School Musical 3 and the Disney Fairies brands. 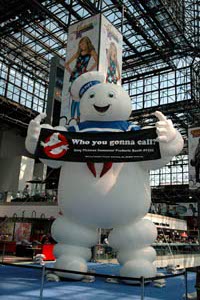 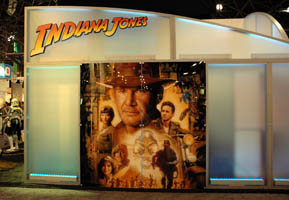 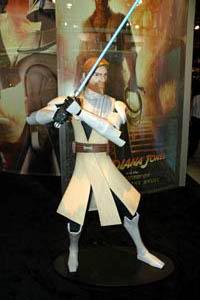 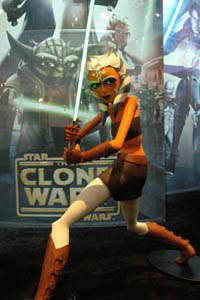 CBS Consumer Products was promoting the Star Trek franchise as well as the 2009 J.J. Abrams Star Trek film currently in production. Leonard Nimoy made an appearance and was very cordial and candid as he posed for photos with the attendees. 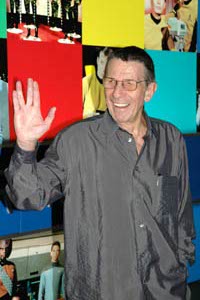 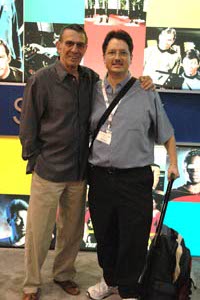 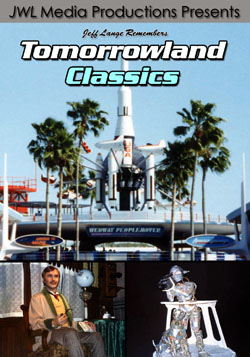 Jeff Lange takes you on a trip back in time to experience classic Walt Disney World "Tomorrowland" attractions. This second volume in the series features the following:

Join your Audio-Animatronic host, Mr. Johnson for a pre-flight briefing from mission control! Continue your journey as you board your rocket and experience liftoff, followed by entry into Hyperspace. Upon arriving at Mars, probes are launched to show the Martian landscape up close. Will you survive the meteor shower that damages the ship?

Explore the history of flight through whimsical scenes of barnstormers to modern day air travel. Fly over 1930’s Tokyo and Paris before landing in the present age.

A complete tour of this original Tomorrowland gift shop, featuring all of your favorite character displays and merchandise of the era!

Experience the joys of living through the advent of electricity and other technological advances during the 20th century via a "typical" American family. This version of the attraction features the Sherman Brothers song "Best Time of Your Life" (Now is the Time).

Enjoy this rare look at the Space Mountain post show featuring a diorama of life on another planet.

Soar high over Fantasyland enroute to Tomorrowland in this nighttime flight on the Skyway!

Posted by Jeff at 2:52 AM
Categories: New Releases, Press Releases