I had such an unforgettable trip to California, with more unique experiences than I could possibly fit into one article. Look for weekly updates on my trip, which will include my photos (and thoughts on) the NFFC convention, as well as Club 33, Disney's Burbank Studios, El Capitan, the Disneyland Dream Suite, Comic Con, and so much more! Thank you to everyone who stopped by during the room-hopping and NFFC Show and Sale! I enjoyed meeting everyone and appreciate your support.

One of the highlights of my California trip each year is to celebrate the birthday of Disneyland. It really is a special day for me, and I was lucky to get to spend it this year with friends and at a special NFFC event! Normally the NFFC leaves the day completely open - but NFFC members were treated to a special announcement in the Lincoln Theater by Tony Baxter. It wasn't a surprise that the Sleeping Beauty walk-through was going to be reopened, it's been apparent for quite some time.

However, we not only were there for the official announcement of the "reawakened" version of the walk-through, but shown original artwork and models as well. Presenters were: Andy Siditsky, Sr. Vice-president of Walt Disney Home Entertainment, Tony Baxter, Sr. Vice-president of Walt Disney Imagineering, Chris Merritt, Art Director for WDI, and John Gritz, Technical Director for WDI.

The attraction is expected to open for the holiday season 2008, in tandem with Sleeping Beauty's 50th Anniversary. Or, as Tony Baxter stated "Before the autumn leaves fall, Sleeping Beauty will again walk the halls"

As in previous years, the re-dedication ceremony was conducted by the Mayor of Main Street, flanked by Mickey Mouse and his friends.

During the ceremony Walt Disney's original opening day speech was played. "To all who come to this happy place: Welcome. Disneyland is your land. Here, age relives fond memories of the past... and here youth may savor the challenge and promise of the future. Disneyland is dedicated to the ideals, the dreams, and the hard facts that have created America... with the hope that it will be a source of joy and inspiration to all the world."

I am currently working on the following titles:

I have finally returned from two crazy but fun weeks in California. The trip was very productive, producing over 10 hrs of video footage and over 3000 photo images! I was able to celebrate Disneyland's 53rd birthday on July 17th and visit the following: The Walt Disney Studios, Walt Disney Imagineering, The Disney Dream Suite, Club 33, The El Capitan Theatre and more. I will also feature a report from the 2008 NFFC Convention and Comic-Con!

Please check back tomorrow for the beginning of my 2008 recap!

It's hard to believe a year has passed since the last California NFFC Convention, but I'm packing my bags to attend next week! In addition to this special Disneyana event, I have a packed schedule which will include my first-ever Comic-Con convention.

The NFFC convention schedule has just been released and you can read it HERE. Legendary Imagineer Tony Baxter is a new addition to the schedule, as well as a very special appearance by Disney Legend Wally Boag. Wally will be joined by his son Laurence (who has inherited his fathers wonderful sense of comedic timing) as well as his friend Gene Sands. Gene is working with Wally on the book " Wally Boag: The Crown Prince of Disneyland". 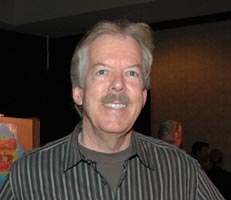 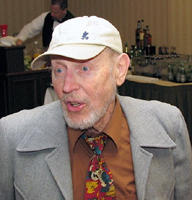 I will be attending the entire convention and will have a table at the giant NFFC Disneyana Show and Sale. The sale date is Sunday, July 20th at the Crowne Plaza Hotel and Resort (12021 Harbor Blvd. Garden Grove, CA). If you are attending, please stop by and say hello (click HERE for a flyer with a $1.00 off coupon). I look forward to meeting everyone! I will also be opening my room at the convention hotel for room hopping on Saturday, July 19th. For more information about the NFFC please click HERE.

One of the highlights of my yearly trip is to celebrate Disneylands Birthday! As a diehard Disneyland enthusiast (and Disney in general!), I'm known to never leave the park before closing - and July 17th is no exception. My Disneyland birthday tradition is to join my friends for a full day in the park, riding all of the opening day attractions from 1955. 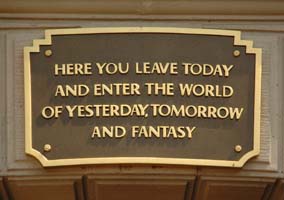 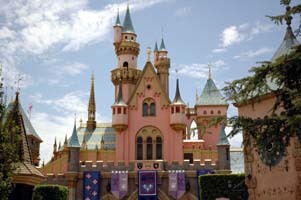 This year will be my first at the frenetic Comic-Con International convention! For years, friends have been trying to drag me away from Disneyland to attend this huge event. I'll be covering the convention as part of JimHillMedia. Please check back here in late July for a full report on my experience!

Thank you to everyone who voted in the poll that my partner site Mousesteps ran! I was thrilled with the response, and you overwhelmingly favored a vintage WDW resort DVD series. I've been busy digitizing old footage, and getting it organized for editing. Look for a late summer/early fall release of my first vintage resort DVD! While in California, I will be recording video for upcoming DVD projects including a "Disneyland Resort, After Dark" title and the next in the "Disneyland, Class of" series! You can find other titles in that series in the JeffLangeDVD store.

As always, while I am traveling you will still receive the same level of quality service and guarenteed 24 hr shipping you have come to expect from JeffLangeDVD. If you want to request a future DVD idea, Photo Memory topic or comment on anything, just drop me a line at suggestions@JeffLangeDVD.com. 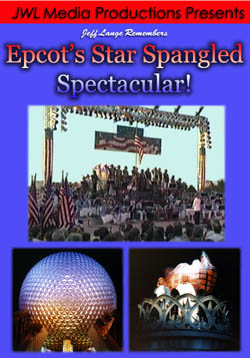 Jeff Lange takes you back to July 4th, 1992 for Epcot's Star Spangled Holiday Spectacular! Just imagine a patriotic version of the Candlelight Processional and you will get an idea of what this special show was all about. Also included is the Epcot 4th of July perimeter fireworks and a special bonus, the 1993 version of The American Adventure.

Your Independence Day celebration begins as you enter Epcot Center, admiring Spaceship Earth as it was before the Millennium Celebration enhancements. After making your way to the American Gardens stage, you take your front row seat for Epcots Star Spangled Holiday Spectacular! This lively, patriotic show features the All American College Orchestra, Epcot's Voices of Liberty and the World Dancers. You will also enjoy many patriotic song and dance numbers as well as tributes to the Army, Navy, Air Force, Marines and those who made the ultimate sacrifice for our country. The show concludes with a rousing fireworks finale followed by the Epcot 4th of July perimeter fireworks all around World Showcase.

Ben Franklin and Mark Twain are your hosts for this E-ticket attraction presenting historic figures who shaped our nation. Audio-Animatronics of Thomas Jefferson, Frederick Douglass, Susan B. Anthony, Will Rogers, Alexander Graham Bell, and Franklin D. Roosevelt are some of the people represented.

Pick up a copy of Jeff Lange Remembers Epcot's Star Spangled Spectacular! today and relive all the magic or experience it for the first time.