Jeff Lange brings you the third in a series of DVDs featuring special years at the parks. This volume features attractions that opened from 1956 - 1958. The attractions that are still in operation are presented as they exist today.

Disneyland’s double-decker bus was placed into service in 1956. You will travel along Main Street USA to Sleeping Beauty's Castle, in this segment that was recorded from the center upper deck.

This shoot-em-up attraction opened in 1957. Grab your rifle and experience the various target effects of Boot Hill!

Embark on a scenic journey around the Rivers of America on this vessel that was christened in 1958. Also included is a full tour below deck of the crew quarters exhibit!

First explored in 1956, experience all of the swashbuckling adventure of Pirate's Lair on Tom Sawyer Island. Highlights include: Dead Man's Grotto, Smuggler's Cove and Lafitte's Tavern.

Commissioned in 1958, this vehicle had a special place in the heart of Walt Disney and appeared in the last official portrait of Walt at Disneyland. This is a one way trip down Main Street USA to Town Square.

Opened in 1958. This true Disneyland classic lets you experience Wonderland from Alice’s point of view. Includes detailed coverage of the queue and exterior.

First launching in 1956, this attraction blasts you high over Disneyland in your own rocket jet! Soar past the orbiting planets before returning safely to earth.

Placed into service in 1956. A relaxing drive from Sleeping Beauty’s Castle to the Main Street Railroad Station.

Experience the excitement and charm of these classic attractions that still capture our imaginations after almost fifty years with “Jeff Lange Presents: Disneyland Class of 1956 - 1958”.

During production of my recently released Main Street Electrical Parade DVD, I came across some interesting images of long retired floats and parade elements. I am presenting them here for all to enjoy!

Below is the Florida opening unit of the Main Street Electrical Parade, followed by Toy Soldiers from Babes in Toyland. As a kid, I thought this was a special Christmas bonus as we often traveled to Walt Disney World for the holidays. I remember seeing them one July and realizing they were always part of the parade. 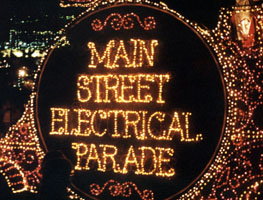 Next we have the "It's A Small World" section that ran from 1977 - 1991. This was unique as it was the only float that was based on a park attraction. 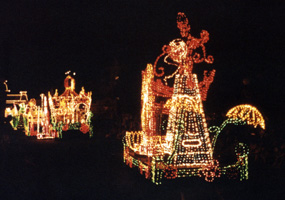 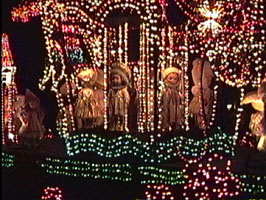 This next series of photos is very rare. These photos were taken by my father in 1976 (when "America on Parade" was being performed). I don't recall ever seeing a Pinocchio Monstro float in the Main Street Electrical parade. Look carefully and you will see the large headed America on Parade characters driving the vehicles. Was this a nighttime version of America on Parade? 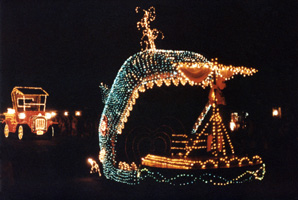 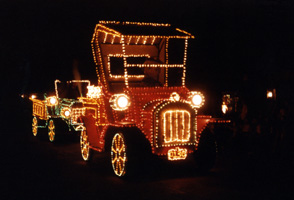 If anyone has more information about these parade units please email me at Jeff@JeffLangeDVD.com and I will post the information on the site. 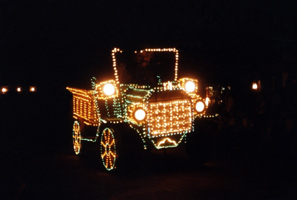 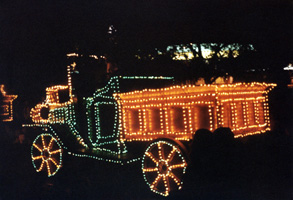 Thanks for the enthusiastic response to my latest title: Jeff Lange Remembers: The Main Street Electrical Parade!

Please click HERE for more information or to purchase this item.

MiceChat's Dustysage is inviting everyone to a huge upcoming event at Disney World:

Disney fans everywhere are invited to attend a fun four park event this October 18th. The MiceChat Gumball Rally is an event which challenges you to ride a set of attractions in all four parks in just one day! The event is designed to see who can make best use of their time and transportation skills to complete the assigned attractions in the least amount of time possible. It promises to be a fun and unique way to visit the parks - all of them! Since the first Gumball Rally at Disneyland nearly 3 years ago, there have been constant requests to "Bring the Rally to Disney World," and that is just what we are going to do! Whether this is your first visit to WDW or your hundredth, this event was designed for you to have a great time. We hope you'll all join us. For more information and to sign up, please visit this link on micechat.com Gumball Rally Information.

Thank you for another great response to my latest contest with partner site Mousesteps! The winner was Eric Hoffman of Georgia and he will receive a free Disneyland Anniversary DVD of his choice!

The most frequent request at my NFFC show and sale booth last month was a check-off sheet for my customers to keep track of their JeffLangeDVD.com titles. We now have the check-off sheet available HERE, sorted by release date, park, and series.

Jeff Lange takes you on a trip back in time to experience the evolution of Disney’s beloved nighttime classic, “The Main Street Electrical Parade”.

This is the original Walt Disney World version of the Main Street Electrical Parade that ran from 1977 to 1991. All of your parade favorites are here, including the toy soldiers from “Babes in Toyland” and “It's A Small World”.

This current version of the parade, recorded with the beautiful Paradise Pier nighttime lights as a backdrop, opened in 2001 and includes all the classic floats.

A predecessor to the Main Street Electrical Parade, this incarnation of the popular nighttime show took place on Walt Disney World's Seven Seas Lagoon and Bay Lake. This original version premiered in 1971, and features colorful, lighted floats depicting King Triton and an assembly of sea creatures - concluding with a patriotic finale!

Relive these classic Disney nighttime memories year after year or experience the magic for the first time by purchasing a copy of “Jeff Lange Remembers: The Main Street Electrical Parade”.

Sometimes a movie is just a movie. But other times, it can be a grand experience - which is exactly the point when visiting the majestic El Capitan Theater in Hollywood.

A group of us were invited to enjoy a showing of Wall-E a couple of weeks back. We’d all been to the theater previously - it’s hard for a Disney fan to resist when a new film opens here!

We planned to tour the theater prior to the show, but we were late and the tour was postponed until after the movie. We entered the auditorium to the sounds of the Mighty Wurlitzer Pipe Organ, which is quite a unique experience - so much more soothing than the normal barrage of commercials common to most theaters. Soon, the organist and the Wurlitzer sunk into the stage, and the live performance began

“Disney’s Flight of Fantasy” is a stage show with a backdrop of favorite scenes from a wide variety of Disney/Pixar films. It is a visual treat! The performances include music, dancing, and a stage full of Disney characters.

This isn’t a review of the film, but I was very happy to get to see the wonderful Wall-E (another winner for Pixar) in such grandeur. Our VIP tickets afforded us reserved seating, popcorn and a beverage (the current price is $26.00 for the VIP experience). The standard seating tickets cost $16.00 for adults, and $14.00 for children and seniors.

We really enjoyed our tour of the El Capitan. Built in 1926, The Walt Disney Company and Pacific Theaters joined forces to restore the theater to it’s original glory. This included working with the National Park Service to preserve much of the detail of the original theater. It re-opened after a 2 year restoration in 1991 with the world premiere of Walt Disney Pictures’ “The Rocketeer”. The El Capitan has been showing Disney films (and of course Disney/Pixar movies) ever since. Inside the theater, there is a display of photos that follow the El Capitan from it’s heyday, through the restoration and includes photos of Disney premieres and celebrities.

During the Wall-E engagement (set to end on August 27th), the El Capitan also offers an interesting Nasa/JPL exhibit which includes replica’s of robotic vehicles such as the Pathfinder and Mars Phoenix Lander.

The El Capitan has seating for 1000 and a Dolby SR-D digital capable sound system.

Adjacent to the El Capitan Theater is Disney’s Soda Fountain and Studio Store. We didn’t try anything at the Soda Fountain, but the ice cream creations look wonderful!

If you are looking for a theatrical experience, and not just a movie - there is no substitute for seeing a Disney film at the El Capitan Theater.

For more information about the El Captian Theater visit their website at www.elcapitantickets.com, or call the the theater at (800) DISNEY6.