Hello and welcome back to Photo memories #10, part 2 of Epcot Center's Horizons. Below is a shot of the future from the 1950's. I always referred to it as the neon city.

Our next stop is the desert farm Mesa Verde. To fully appreciate the above orange harvester section, spray some orange air freshener and take a deep whiff (to this day, every time I smell that orange scent I think of this scene). This was the Soarin of it's time. 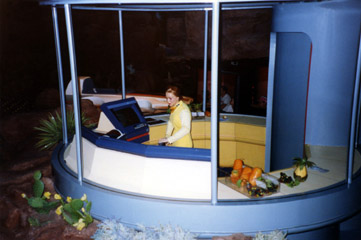 Next is the harvester control module and hovercraft. You get the opportunity to fly this back to the Future Port at the conclusion of the ride (you could choose between Desert, Undersea & Space endings). 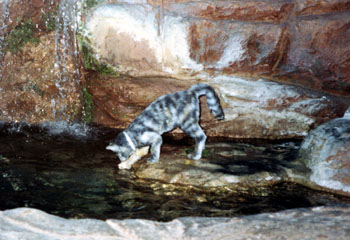 The next transition scene features the cat and jumping fish (a similar effect could be found on the retired Disneyland attraction Mine Train through Nature’s Wonderland). Finally we see the family preparing for a birthday party in the futuristic desert kitchen.

Please stop back soon for Pt 3 of the Horizons Photo Memories extended series. 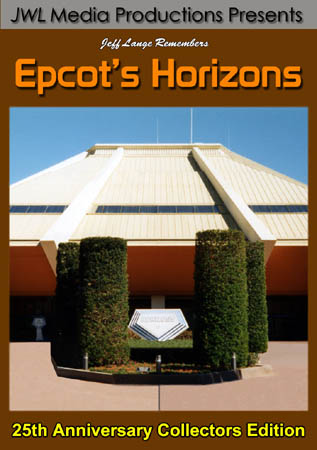 Jeff Lange takes you on a trip back in time to celebrate Epcot’s 25th Anniversary. This third in a series, features the Future World classic attraction Horizons, Presented by General Electric.

This incredible video was recorded with an audio mixer and two microphones to capture the sounds in front of you and the narration from the speaker behind your head. Features full coverage of the exterior, que & load area, all your favorite ride scenes, a visit to the space station Brava Centauri plus the original General Electric exit displays.

Travel to the desert farm of Mesa Verde.

Visit the Sea Castle research base.

View the complete OMNIMAX loop (not possible on the ride itself) showing modern technologies and ideas that could be used to build the world of tomorrow.

A ride thru from the pavilions last full year of operation. All references to General Electric have been removed.

A photo montage of over eighty vintage images.

A bonus ride on the Future World classic.

If you would like a historical record of this topic, then purchase this companion collection disc today and relive the magic or experience it for the first time.

Hi everyone, welcome to my photo memories #9 featuring part one from Epcot Center's classic attraction Horizons! I hope you enjoy the photos. 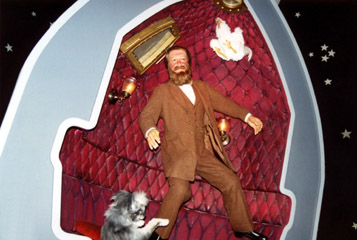 The photo above was taken shortly after Epcot Center opened and Horizons was still under construction. Above is Jules Verne from the "Looking Back at Tomorrow" scenes. 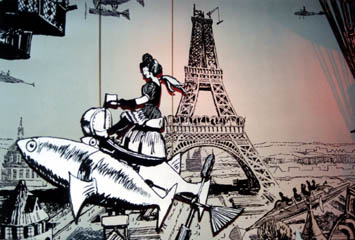 The scene of the man in the moon above reminds me of a similar scene in the new version of Journey Into Imagination with Figment. I will post a photo comparison in a future edition. 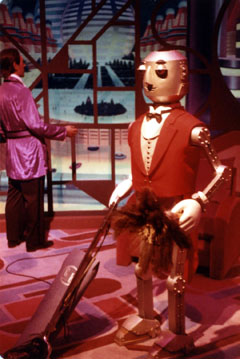 I always loved the retro look of the robots in this section of the attraction. It looks like the one on the right really has his hands full.

I will be releasing my latest DVD title featuring Horizons very soon. Please check back for details. The Horizons attraction was always a favorite of mine so I have been working extra hard to make the DVD I always wanted but could never find. The process has involved editing multiple video recordings of the attraction from 1991-1998, scanning classic Epcot photos (over 1000 scans from 47,000+ images) for this and the other pavilions for my Epcot 25th Anniversary series, color correcting and dust removal, sometimes pixel by pixel of the Horizons photos for the slide show (very painstaking & time consuming work but the end result really makes the photos come to life). As I have such an abundance of great footage and Images, I will again be offering a standard edition, companion collection title and a 2-disc set containing everything.

A Salute to Roy Disney at the Philadelphia Film Festival.

I had the great pleasure last week to attend 'A Salute to Roy Disney' at the Philadelphia Film Festival with my old friends Jim Hill & Nancy Stadler, Tim Devine & my wife Florence. Mr. Disney was being honored with the Inspiration Award and interviewed by legendary film critic Leonard Maltin. It was a very enjoyable presentation covering Roy's entire life and career with Disney. Below are some photos from the event 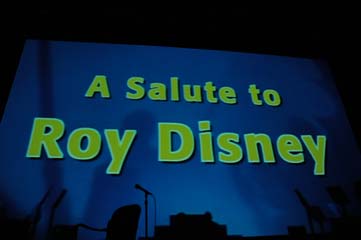 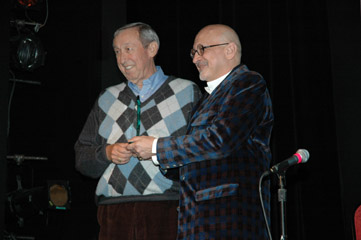 The evening began with a fantastic montage of classic Disney animation. Next Mr. Disney was presented the Philadelphia Film Society's Inspiration Award. 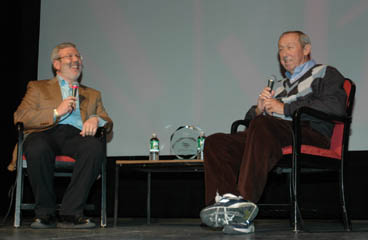 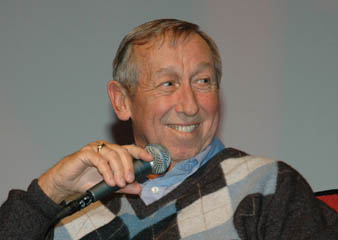 Leonard Maltin interviewed Mr. Disney about growing up as a Disney, his work at the Disney Studio, Fantasia 2000 and his non Disney Interests. 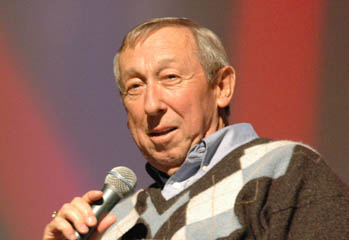 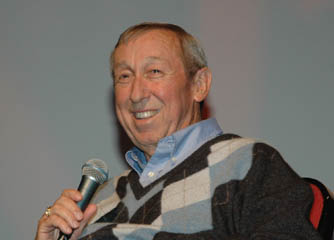 Mr. Disney was surprisingly candid as he spoke about his troubles with Michael Eisner and the Disney Board of directors. 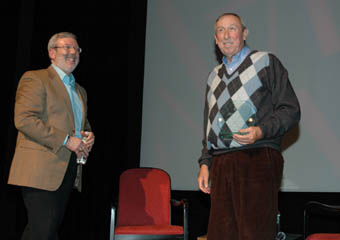 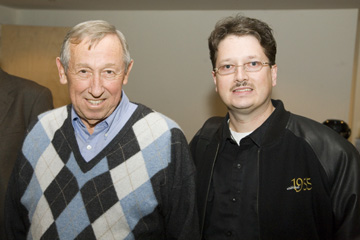 At the conclusion Roy posed for photos with his award and thanked everyone for attending. I had the pleasure of speaking to both Mr. Disney and Mr. Maltin after the event and they were both cordial and forthcoming. Mr. Maltin commented that he was happily surprised to see the Disney Treasures DVD series continue as he was previously informed it was coming to an end. It was a great night that I wish every Disney fan could have attended.

For more photos and a complete review of the event please check out Jim Hill's great article here.

Jeff Lange takes you on a trip back in time to experience Pleasure Island during it’s early years. This 2-Disc set features the "Forbidden Disney" comedy show, The original New Years Eve Countdown, The Adventurers Club & much more.

Searchlights shine over the Island as you explore the streets & shops circa 1991. Next is a brief look inside 8Trax dance club during it’s opening year.

Join the ’Grand Funmeister’ for the original version of the New Years Eve celebration held every night at the West End Stage.

A brief look at the club interior and characters.