Welcome back to the second edition of my Photo Memories weekly feature. This week we continue with the original Epcot Center's Spaceship Earth. These photos continue from last week's entry to showcase the original planetarium scene from this classic attraction. 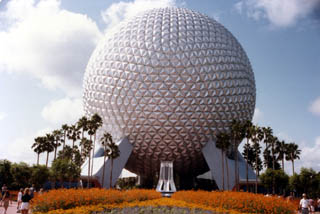 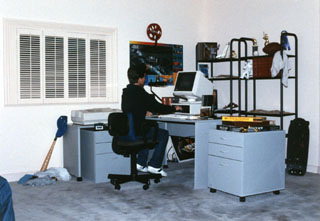 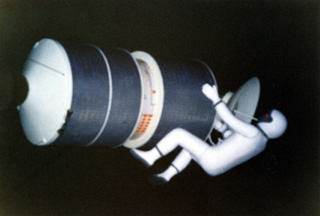 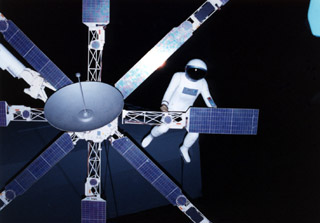 Above are the elusive satellite and astronaut as viewed from the original returning from space scene on Spaceship Earth. These were removed or covered during the 1994 rehab. As I sift thru the hours of Spaceship Earth footage from the late 80's to the present in preparation for my next DVD release, I hope to uncover what actually became of these set pieces. Once again, if anyone wants to request a future Photo Memory topic or comment on anything, just drop me a line at suggestions@JeffLangeDVD.com.

Hello everyone. As we have been doing prep work for my next few DVD titles, I have come across many images that have brought back memories and nostalgia to me. I have decided to post some of these here to bring back some fond memories to long time Disney enthusiasts or give new fans the opportunity to view some of this for the first time. My intent is to post new photo memories each week if I receive a positive response. 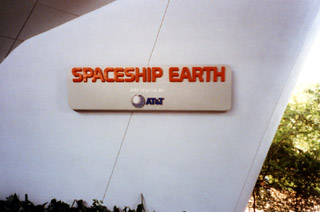 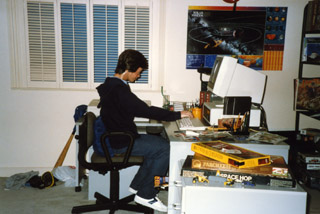 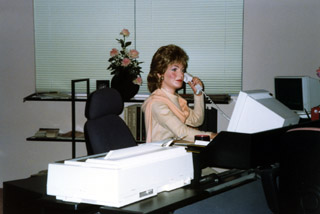 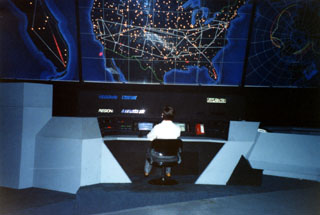 The above photos show the original ending scenes from Epcot Center's Spaceship Earth. These are just before you enter the space scene and rotate to descend back to earth.

I will post more next week. I hope you enjoy the Photo Memories and if there is anything anyone wants to request for future postings just drop me a line at suggestions@JeffLangeDVD.com.

To purchase this new JeffLangeDVD title, click This LINK

Jeff Lange takes you on a trip back in time to experience classic Disneyland attractions. This first volume in a series, features the classic attractions from the 1959 Tomorrowland expansion plus favorites from Fantasyland.

Enjoy the following Disneyland classic attractions anytime from the comfort of your own home.

•The Submarine Voyage (1993) Take a voyage thru liquid space to the polar ice caps and back.

•Skyway (1992) Fly high over Fantasyland, passing thru the Matterhorn, enroute to Tomorrowland.

•Motor Boat Cruise (1992) Control you own miniature Motor Boat as you pass by scenes from the Disney Afternoon hit show Gummi Bears.

•Rocket Jets (1994) Blast off high over Tomorrowland in your own Rocket Jet.

•Videopolis (1985) Dance the night away at Videopolis.

I want to thank everyone who sent in suggestions and comments this week. You have come up with some great ideas! I have randomly picked the free DVD winners and they will be notified via e-mail. I will post the names and suggestions upon permission from the individuals. Thanks again everyone!

The 30th title will be 'Jeff Lange Remembers Disneyland Classics Vol 1' (Lost Disneyland). It will feature the following attractions: 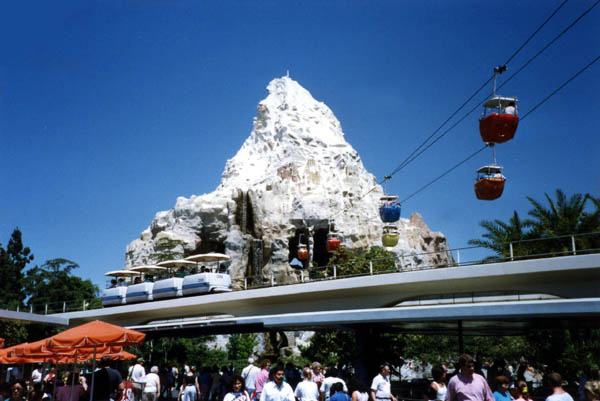 In the near future, look for the first of my 'Epcot 25 Years' series featuring 'Spaceship Earth' as well as some other exciting surprises!

Please send any additional thoughts or suggestions to suggestions@JeffLangeDVD.com.

I hope everyone had a wonderful holiday season! Many thanks to all who took the time to send suggestions for my 30th title and future release ideas. You have all been very helpful and offered some great ideas! I have come up with a way to thank everyone who has submitted or who will submit a comment or suggestion. I will put all the emails together and draw 3 names at random who will receive a free DVD of their choice (anything in my store including the 30th title when completed). I will have a cut-off of midnight eastern time on January 8th (my 40th birthday). Please send any thoughts or suggestions to suggestions@JeffLangeDVD.com. The winners will be announced soon after and I will offer some of the comments here.

To give some idea of what I have to work with, I have recorded almost every attraction, parade and show at Disneyland and Walt Disney World since 1991. I have not been to Disneyland Paris, Tokyo or Hong Kong. Thanks again everyone and I look forward to a very productive year.